“His Holiness Pope Tawadros II was born Wagih Sobhy Baky Soliman on November 4th, 1952 in Mansoura, Egypt. His father was an irrigation engineer and his family moved around during his childhood from Mansoura to Sohag and then to Damanhour.
He received his bachelor's degree in pharmacy in 1975 from Alexandria University and earned a fellowship for the World Health Organization from the British International Health Institute in England in 1985. He attended the Coptic Seminary and graduated in 1983. He then worked as a manager in a pharmaceutical company in Damanhour that was owned by the Ministry of Health.

His Holiness's life has always revolved around church since his youth; he wished to live the life of monasticism. He entered the Monastery of St. Pishoy in Wadi Elnatroun on August 20th, 1986 and remained a brother for two years. He was ordained a monk on July 31, 1988 and after a year he was ordained a priest on December 23, 1989. Two months after, H.H. Pope Tawadros started serving with H.E. Metropolitan Pakhomius of Beheira on February 15th, 1990. He was ordained a bishop on June 15th, 1997 by H.H. the Late Pope Shenouda III as a General Bishop assisting H.E. Metropolitan Pakhomius. His Holiness focused on childhood whether it was in the country-wide children's festival as well when he was in charge of the children's committee in the Holy Synod. Before assuming the papacy, H.H. wrote twelve books.

His Holiness was enthroned as the 118th Pope of Alexandria and Pope of the See of St. Mark on November 19th, 2012 at the Cathedral of St. Reweis in Abbassiya, Cairo. The enthronement was presided by H.E. Metropolitan Pakhomius of Beheira, other metropolitans and bishops of the Coptic church and was attended by many delegates of Christian Churches.`` 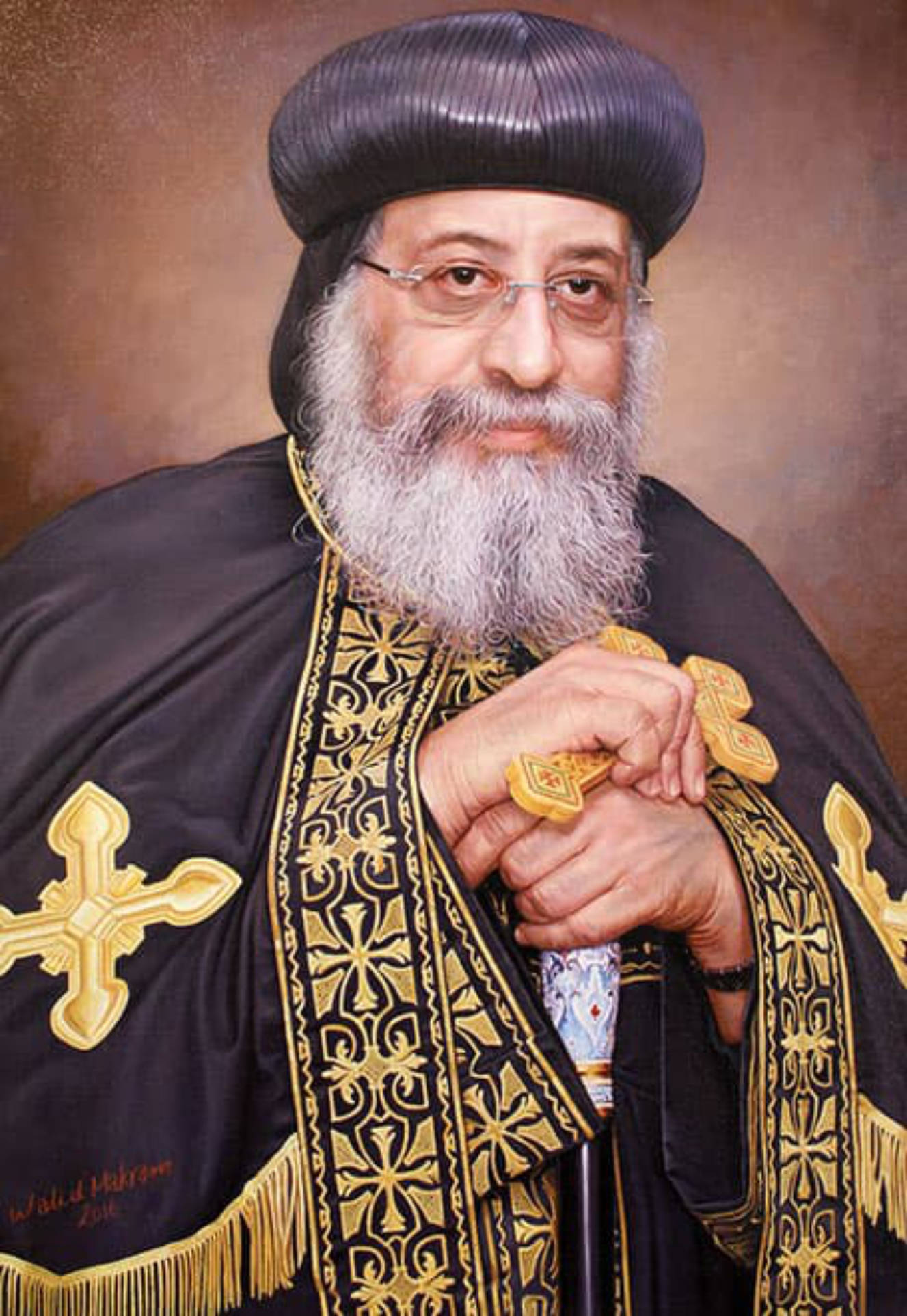